[...] Her revolutionary strategy is helping to manage the household finances in a way that, in her words, "resists capitalism."

In return, residents "pay" a certain number of "hours" each month, spent in a combination of working around the house, doing social- justice work outside the house, and paying down with money. Here's the key part: EGFS values everyone's hours equally. Let's say I make $10 an hour at my job, you make $50 an hour at your job, and we both want to pay down 10 hours of our rent one month: I pay $100 and you pay $500. Addy and the household figure out their budget—what the household needs, what resources people have to give—with consensus-based meetings and an open-source computer program called "the Gizmo" that was written by one of the residents.

"Labor out there," she says, gesturing out the front window, "is assigned an arbitrary value—but we bring it in here and we make it equal... knowing we're participating in capitalism, but knowing we're resisting capitalism in a concrete way."

Why are we bailing out the banks? Part One. The Simple Answer

What these two graphs tell us is that if the big banks had been wound up 80% of Americans would have lost almost nothing. Whereas the top 5% would have lost the vast bulk of their wealth and therefore their power.

It will be countered that we would have all lost  from the decline in our pensions. True. But there is still no getting away from the above charts. The wealthy have most of the pensions. In fact they own most of the pension companies. The poorer you are the less pension you have to lose. Many of those at the  bottom have no pension at all. That is what these charts say.

But wait, as the saying goes, there is more. In America there is about $1.6 trillion in printed dollars and deposits for which currency backing exists. That is state printed, state backed money. This is the stuff that you and I get paid in and have in our bank account.  However there is another $5.4 trillion in unbacked ‘money substitutes’ and somewhere around $53 Trillion in credit. For credit read debt backed assets and derivatives of all sorts. These are the forms of ‘money’, electronic, banking money in which the wealthy have most of their wealth. These are also what would be wiped out if the banks were not continually bailed out but were to be wound down instead.

This is what frightens them and what has dictated that the banks be bailed out. Unlike us in the 80%, the financial class hold most of their wealth in financial and ‘paper’ debt-backed form. If the present crop of huge banks were to be wound up, what would virtually disappear would be that thunder cloud of debt/credit-held, derivative wealth. 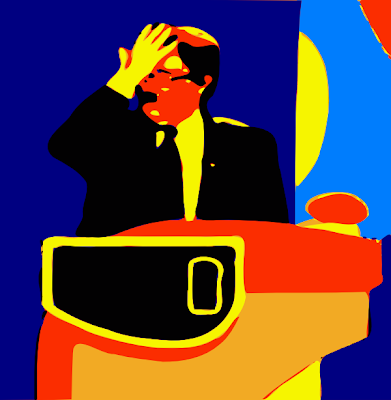